Hi folks! Something a little different today… The Orang-utan Librarian is celebrating 900 followers with a reverse Q&A! What a great idea in getting everyone involved! If you haven’t heard of The Orangutan Librarian yet then as always, head on over… Fantastic book reviews and some pretty thought provoking discussion posts, plus a ton of fun!

Here! Have some candy! 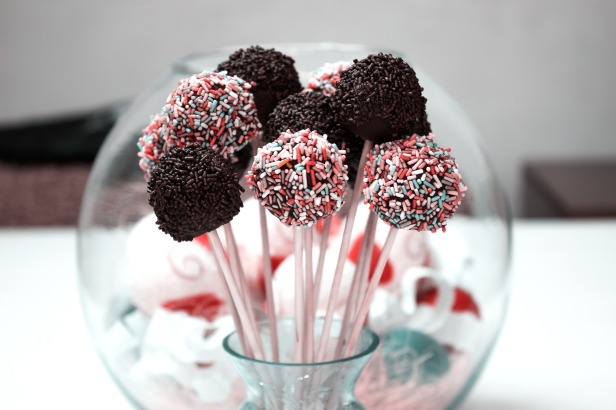 What are you most excited for right now?

This very moment? [insert long thinking pause] Yeah, that’s a bad sign when I can’t think of anything that I’m excited about… Obvious answer here would be Christmas and all the seasonal festivities stuff, but I don’t really do Christmas. Bah humbug! Taking it back to basics, I think I’m excited to be at work, I had a pretty shit morning so it’s nice to be away from everything for now and after I procrastinate with this post I shall be a really hard worker indeed!

I love donuts! I could eat them all day… nice, oily, round, sugared, with jam… oh bring it on! Too bad they’re not the healthiest so I haven’t had a donut for over a month now, but I was a devil for eating 2 a day!

My sister used to make really good waffles, we had this old Russian-time waffle maker and I know Donna @ Chocolateandwaffles is such a good ambassador for waffles that I have at times found myself dreaming of a decent waffle-session! 🙂

If I was to say “home” what’s the first book that comes to mind?

The Moomin book by Tove Jansson.

What type of undead creature would you be and why? (aka vampire/ghost/whight/phantom/reincarnated squirrel…)

Ah, cool question! I would actually be a vampire and I would have my very own very gothic castle. Also, immortality- the things I’d do with all of my time and powers! I would have a decent cape and basically.. being a vampire calls out the goth in me.

What famous person would you most like to play poker with? Would you win?

Fabulous question! Because poker is better with more than two people, I would like to play with:

What is/would be the best version of monopoly?

I have never played monopoly. I only have a vague idea how it works, but if there was a theme that I could choose to play monopoly on then it would be something around the music industry. I’d buy all the metal record labels and put pop music to jail… is this how it works? 😀

What’s your favourite thing about winter?

Oh man! I love winter. I love the quiet winter nights when snow is slowly falling and I equally love the stormy nights. The feeling when you go back indoors after being spent hours outside in the cold is just fabulous- for some reason you smell so fresh, your skin beings to tingle and is red. I love it…

One of my favorite winter nights happened 6 years ago. I was visiting family back in Estonia, it was the 23rd of December. Around midnight I snuck out for a ‘walk’ (that’s what I told my folks because I hide my smoking from them) and I walked around the village, not a soul around. There was no wind, not even a breeze and the snowflakes that were falling were huge. I mean, proper huge and they were falling so slowly and thick. I think I stood on the spot for about an hour looking at the snow fall and listening. With no traffic, no dogs barking, no people about- the silence was not really a silence. I could literally hear snow fall! It’s like this very faint white noise, you know when you’re in between radio stations?! Very faint but so… I don’t know, I think I was in a trance or something!

Head on over to the Orang-utan Librarian blog, celebrate felloow bookblogger success and have fun answering the Q&A! 🙂