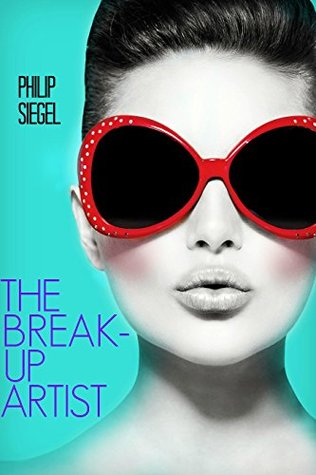 I really  hope this book is a piss-take/parody at a teenager’s life because that’s the angle I chose to read it. Something like “Nothing is more definitive than lunchroom seating” is just way over the line shallow and unimportant. Do these things actually happen? Yes? Well, then stop advertising it any more! Haha… For me, there is really two ways to read this book.

Why did I pick up this book? Because it’s written by a man and I just had to check out how a man tries to put a dramatic girlie world to the pages of a book. So, I really really hope Philip Siegel wrote this book as a parody-manual for young females! Something like “How not to be a self respecting girl one-oh-one”. Then again, if he did, Philip would probably get a lot of hate-mail from those overemotional young females with arson threats. Something like “Dude,you don’t know how we feel!” or “I truly believe having a boyfriend in high school is at the top of my priority list so don’t joke about those things!”or “It’s hard to be a single 16 year old girl in high school where the couples treat you as a waste of human life!” Oh please, please, please don’t let this be a reality in some young inexperienced minds.

Becca and her best friend aren’t the popular socialites in their school. Until the best friend starts going out with the popular football player (cliché alert!) and becomes the high and mighty. Becca is being kicked to the curb with no change in her social status. Ah, the hurt feelings.  Also- Becca’s sister got ditched on her wedding day and surely enough, eeeeverybody is laughing at the poor old girls that get left behind. Or, ahem, they are just imagining it all because of their flimsy self-esteem and bruised egos. I know, I know- love bloody hurts sometimes, but there’s no need to become a human-vegetable thinking all you’re good for is being chopped up for a diluted stew. Becca views all of this as one of life’s most important lessons- friends being dropped because the BFF became a relationship zombie- and would, in her own mind, never become a girlfriend and ditch her BFF. I know, so bloody complicated!

So, Becca is ditched as a friend, she sees her sister’s friends disappear after the marriage fell through and all this paves way for The Break Up Artist. The service where the left behind best friends ask the Break Up Artist to do as name implies and in return the BFFs will be BFFs again. Boyfriends need to go! Pronto! And then the BFFs can again turn into giggling lipstick hypocrites, only to repeat the pattern because being single is so yesterday! All this for a 100 bucks via PayPal.

Did Philip do a good job at writing a girlie book? For a man? Sure. I’d hate to think though that high school life is really this dramatic. I cannot bring an example from my younger years where a lunchtime table seating chart either made or broke you.  The female characters were so shallow, if you were dealing with a pool of water you wouldn’t be able to drown in it. Male characters, again, quite cliché-ish- party party party hard, or the delusional film student who thought his love life is to be lived by quotes from movies, or the comic book geeks. So, there you have it! The young generation! And from my perspective- absolutely hilarious!

To summarize, read this book if you’re after some light entertainment and a bit of a laugh. Don’t take it too seriously, don’t take it personally if you were one of those girls back in high school and most importantly- if you’re a high-schooler, don’t treat it as an instruction manual!