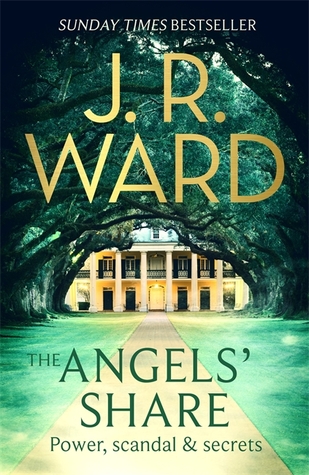 In Charlemont, Kentucky, the Bradford family is the crème de la crème of high society—just like their exclusive brand of bourbon. And their complicated lives and vast estate are run by a discrete staff who inevitably become embroiled in their affairs. This is especially true now, when the apparent suicide of the family patriarch is starting to look more and more like murder…

No one is above suspicion—especially the eldest Bradford son, Edward. The bad blood between him and his father is known far and wide, and he is aware that he could be named a suspect. As the investigation into the death intensifies, he keeps himself busy at the bottom of a bottle—as well as with his former horse trainer’s daughter. Meanwhile, the family’s financial future lies in the perfectly manicured hands of a business rival, a woman who wants Edward all to herself.

Everything has consequences; everybody has secrets. And few can be trusted. Then, at the very brink of the family’s demise, someone thought lost to them forever returns to the fold. Maxwell Bradford has come home. But is he a savior…or the worst of all the sinners?

Something a little different and yet not at all less exciting… Little, Brown Book Group emailed out Piatkus highlights for June 2017 and offered some review copies of ‘high quality romance’. I know, you’re doing a double-take here but in I jumped and requested 2 (that’s TWO) books to review. First of them we’re talking about today and the second one.. well… it’ll be a surprise. As much for you as it was (is? will be?) for me! 😀

The Angels’ Share is book 2 in The Bourbon Kings series and I was slightly worried about that fact, however, by page 20, I was quite sure that I wasn’t making a mistake by jumping into the series without having read the first one. Having read Book #2, I am a bit relieved, I think that, I, in fact, didn’t read the first book in the series. First of all, because The Angels’ Share gives more than enough of an overview of the beginning and, secondly- even though, book #2 had drama in droves, I have a feeling Book #1 would just not have been my thing with what went down in it where certain characters were included (Chantal). OK…

Yes, this is a romance book and it’s also set in high society. High society settings always have a way of pissing me off. The shallow, mean characters on their high bloody horses. In a way I was looking forward for someone to hate… (PS! It’s OK to be high society, I just have a poor person mentality and it’s my personal issue so no need to get your knickers in a twist about ‘but they work hard, too’ and blablabla.. whatever.)

Anyway… The Angels’ Share very kindly starts off with information on characters and not only did I find it super helpful, the character profiles were just too bloody good and promised some seriously dysfunctional family dramatics!

Then, you get an introduction to the bourbon industry and what Angel’s Share means within the industry and I was quite impressed. When small details are added to the book, I mean, does it not tell you straight away that author has done their research and what you’re about to read isn’t just another wham-bam-thank-you-mam-bangfest?!

I’m simply stating a fact here when I say that I was proper hooked from first page. The Easterly Estate in Kentucky houses the Bradford family. They have been the Bourbon Industry Kings for generations. More riches than common sense at times, but hey, the business is blooming, the house is full of servants and the cupboards full of designer clothing.

That is, until the patriarch of the family is found dead. A suicide or a murder? Motives are many of course. Not only has the Alfa Daddy offed/got himself killed, he also left behind a big debt and extra secrets. The debt is in millions… like more than single figure millions and the business, as well as the estate, is in danger. Henceforth started the soap-opera-worthy yet classy and engaging dramatics! Every single person of the family has something going on… well, continuing from book #1, that is. There’s brothers who have cut themselves out of the family, there’s a sister who cares for nothing but money and has left her 16 year old daughter completely without care. All this typical high society shenanigans. What made the book good though… the things were many:

*** the staff members who got some spotlight were great. I loved Greta the German, Gary the manager caretaker, Lizzie of course (she’s one of the bigger characters in the book) and Miss Aurora the chef. Such lovely people! They added so much warmth and soul into the book, it was simply amazing!

*** while the battle for sorting out financials was intriguing, the writing made the whole book a great experience. Dialogues, retorts, verbal stand offs, characters’ thoughts were all just bang on and offered laughs as much as ‘aww‘ and ‘oh nos’. The introduction of a Wall Street financial analyst and the Grain God added some great, intense moments as Lane Bradford was battling to keep his family and business afloat.

*** The romantic relationships had plenty of beef going for them and the sexual content was not overly detailed which I appreciate, personally. I mean, sure, the men in this particular book just got the urge and went for it, but thankfully I was spared the details.

*** the air of mystery around what happened to Alfa Paps… was it a suicide? Was it a murder? And if it was a murder, who killed him and why? It’s not a major plot twist, I suspect many could see the real answers pretty soon, but the way they were executed was with plenty of principal and balls. I appreciate that!

By the end, everything gets explained and I find no unbelievable aspects to this plot. Plenty and plenty of interesting characters who all held their own and added their specific spice to the story. I also enjoyed the fact that we’re not dealing with heartless, bitchy-because-rich people. They had heart and they acted on it and it made it all beautifully human. Some of them even saw the error of their ways while others continue to deny to act by their heart but rather out of (in their head, what is the) necessity.

I am most certainly going to want to read book 3. That particular romantic drama was delivered with plenty of and balanced goings on. It wasn’t too sappy yet sappy enough. It had a great setting with fitting characters and the next book… I think some big, important strings will be pulled to ‘rescue’ and to also kill!

My thanks to Piatkus (Little, Brown Book Group) for providing me with a review copy! Absolutely no regrets by me!

You can find the book on Goodreads | Amazon UK | USA