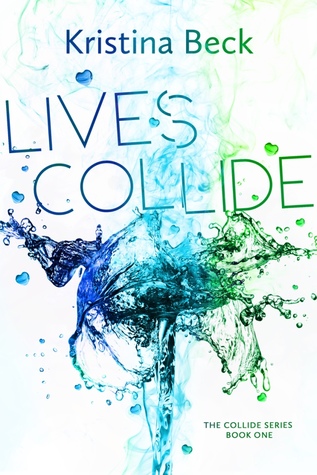 You can plan your life, but sometimes life has a mind of its own…

Following Lisa’s near-death experience as a teenager, she is haunted by the emerald-green eyes of the stranger who saved her life. Her only connection to him is the leather jacket he left behind. Years later, she’s still reeling from the aftereffects of her injuries, convinced that no man will love her once he uncovers her secret. She lives a life of solitude and hides behind her days of monotony. And then James storms into her life.

After James helps a young girl in a car accident, he sets his life course—determined that nothing will stand in his way. Once he accomplishes his dreams, one unforeseen event changes his orderly existence into one of chaos. He spirals downward and can’t summon the strength to pull himself from the edge of despair. Until Lisa becomes a beautiful distraction.

Familiarity and a sense of peace draw them to one another. They soon discover they lived parallel lives that intertwined at the most crucial points. Can their revelations help them face their fears and move forward, or will history repeat itself?

*I won Lives Collide in a Goodreads giveaway and received the book directly from the author. Thank you, Kristina!*

Do you believe in fate? Do you think that everything happens for a reason? Well, I have considered it and while I think some of the decisions have led me to a certain point in time throughout my life, I’m not certain I believe that if I would have chosen differently in the past, I would have ended up right in this moment, with the same outcome. But who knows? It’s one of those great mysteries of life for which I wished I had the ability to tap into the other dimension and play out my life in parallel with different decisions. That’s not how it works, though. Can’t always have the best of both worlds for cherry pickings.

Anyway! Lives Collide is all about fate and of course it’s all rather romantic that no matter how long it takes, not matter what life throws at two people, they will eventually end up together. Beck goes an extra mile in Lives Collide by creating backstories for Lisa and James that span years starting from the very first instance their paths meet for the first time. Even though their lives then bounce apart from each other they still move in the same general direction until finally crossing paths again.

Lisa and James ‘run into each other‘ a multiple times but due to certain circumstances they were unaware they kept meeting. The events surrounding their coincidental meetings, and both of their lives leading up to finally coming to a unifying moment, are equally tragic and full of joy, spanning across many years. A lot can happen within a minute, a day, a week, a month… imagine how much can happen within a few years. Life is not a walk in the park and both Lisa and James have had their fair share of highs and lows. Those lows include losing loved ones, coming to terms with life altering consequences following an accident and trying to find just enough life juice and hope to keep living.

It is so, that at the most hopeless moments of their lives Lisa and James are finally united by the fate… or coincidence… or both! Together, still unaware of how their pasts have collided, they form a friendship. James is in need of finding a way to move on with his life after experiencing a very tragic loss and Lisa just so happens to be a psychiatrist in training (of course, her profession is no coincidence. It is a choice based on past events). When they finally find out that they have indeed frequented the most pivotal moments in each others’ lives, it is somewhat of a shock to deal with but makes their relationship make all the more sense. But before they get to ride off to the sunset together, life puts them through a final grinder!

I did have a few issues with the book and I am now alerting you to the fact that what follows is based on my personal preference, so feel free to ignore my opinion if you do so wish.

My expectation was to read the book and feel somewhat emotionally drained. In this case however, I can’t say I was 100% pulled in and here’s why…

I found it difficult to enjoy the writing style. The first person POV was perfectly fine. It allowed me to get both emotions and thoughts from James and Lisa. But the sentences were short and very matter of fact and as such I didn’t feel the story had a nice seamless progression. The dialogue, possibly impacted by the writing style, felt like I wasn’t trusted to follow the course of interactions in a natural flow.

Going back to the story progression- perhaps a few too many ‘crucial meeting instances’ were created for the characters’ past thus making the first half of the novel span way too many years too quickly, which in turn didn’t really make me feel connected to them or what they went through on a deeper level.

It has always been important to me to care about the characters in order for me to receive the most effect from the lows and highs. So, I did feel like the tragic events acted more like springboards or tools to give as much of the background as possible for Lisa and James. Thus, when it came time to cheer them and their relationship filled with joyful, blossoming love (electric jolts and some cringey lines included) I simply felt nothing. It was great! Of course it was. I do love a happy moment, but perhaps, in this case,  there was too much, too fast without letting me come to terms with all that happened, bad or good. Love, death, friendship and inner demons all hold a lot of meaning to me, and while they were graciously addressed in the book, I didn’t feel the emotion coming to me from the pages.

And honestly, some days I’m a soulless bastard (I actually am a bastard because my parents aren’t married, te-hee!) so I have nothing within me to tap into to aid the story along.

Fault all mine. GAC!

While I have explored romance/chicklit in excess in the past (yes, the cat is out of the bag!) I do not read these genres daily and as such you may well tell me to bugger off and keep my opinion to myself. Fair enough, but the final point I would like to address is that of clichés. Maybe life is a cliché, maybe for anyone else other than me clichés are what make these stories so enjoyable: the unforgettable eyes, the electric jolts rattling through bodies at first contact, the miracle happening which was never meant to happen… I mean, maybe clichés ended up as clichés for a reason- they’re something that we all dream and fantasize about at times, but hardly exprience in real life…? Still, there are only so many different spins  you can wrap a cliché into; and I think we’ve run all out of these.

Overall: Lives Collide is a rollercoaster read with every imaginable life scenario woven into the pages and whether you believe in fate or not, I am sure most  readers can find something in this story to like; something to relate to and something to feed the romantics inside them. Be mindful, though, as there are some topics in this book (relating to death and loss) that some readers may find difficult to read if they have gone through similar themselves.