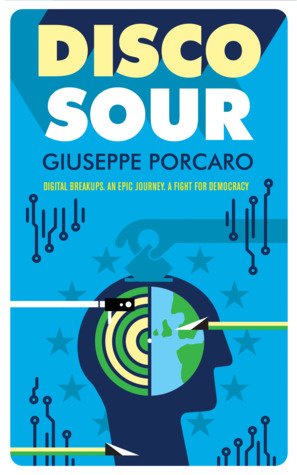 In the aftermath of a continental civil-war, nation-states have collapsed, the European Union™ holds on, preventing anarchy.

Bastian Balthazar Bux is a leading member of The Federation®, the European network of civil society and local governments. Bastian has just been unexpectedly dumped through an app, the BreakupShop™ service. Heavy hearted, he just wants to drink, get on with work and forget his romantic woes.

However, he discovers that Nathan Ziggy Zukowsky is planning to sell Plebiscitum®, a dating-style app that is meant to replace elections with a simple swipe, at the same conference he is invited to attend in Chile. Haunted by the ghosts of his recent relationship, he finds himself without his all-important Morph® phone, just a few hours before embarking on his trip to try to save democracy.

Will he make it to his conference on the other side of the world? Will he stop Zukowsky from selling his app? And will he ever find a way to deal with his breakup?

*Many thanks to Anne Cater at Random Things Tours for inviting me to take part in the blog tour. I received a review copy of this book in line with the blog tour; this has not impacted my review.*

Disco Sour is a fast-paced, wild ride in a version of a future which might just come true! From the get-go I was thrown into a vortex of an alternative world. A world after a continental civil war where nation states have collapsed and the European Union™ is the only front remaining to fight for democracy. A world where everything is trademarked and you can buy a weird Christmas tree with drone fish? (I can’t even remember, you guys, this was some weird trippy experience at times) from an airport! But some things never change… politics! Ha!

‘Man, you are just a cheap idealist full of passion. When it comes to controlling human beings, there is no better instrument than lies. Because, you see, humans live by beliefs. And beliefs can be manipulated. The power to manipulate beliefs is the only things that counts.’

We meet Bastian Balthazar Bux (B. B. B.), leader of The Federation® at a bar in Thessaloniki drinking G&Ts… cheap G&Ts. He’s physically in pain, emotionally trying to wrap his head around about being dumped via an app and as democracy is facing a threat by a new voting app (kind of like Tinder- swipe left and right), Bastian – in the centre of it all-  doesn’t really know if he’s coming or going anymore.

Missed flights, dealing with bureaucracy and time ever so quickly counting down before he needs to be at the important conference to save democracy is made worse by Bastian’s weird hangover, tiredness and already muddled thoughts brought on by the turmoil in his personal life. Frankly, if I swapped places with Bastian, it would drive me simple in the head. It felt kind of like standing still on the busiest of junctions with the heaviest of traffic where all you can do is just think- everybody just stoooopppp!

The drops of sweat continued to multiply like chlamydospores, asexual spores that reproduce and survive for extended periods of time in hostile conditions.

The focus on advances with technology and the political intrigue mixed with some lovely blast from the past details makes for an interesting atmosphere. The aforementioned trippiness I was presented as Bastian seems to be battling hallucinations due to hangover and occasional flashes down memory lane might sound a bit too much, but somehow it all just worked! I enjoyed the quirkiness of it all! Bastian’s mental state was delivered off the page to infuse with my own feelings of exploration of trying to get a sense of the world as it stands… You know the saying, when it rains it pours? Yeah, well, Bastian is stuck in a helluva thunderstorm in this book. If something can go wrong, it goes wrong! A beautiful sensory overload in a sense. Tragicomical wrapped in conspiracy!

Would I recommend this book? Yes, I would. It was a bit like reading Kurt Vonnegut except with more of a modern touch to it all. Consider me thoroughly amused! 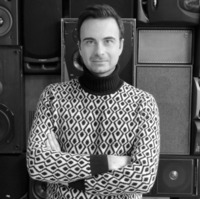 As a political geographer, Giuseppe Porcaro has been interested in how the intersection between technology and politics is moving towards uncharted territories in the future. He has recently published a series of scientific articles about how the internet of things and algorithms will change policymaking. He also focused on narrative-building and political representations in the European Union

Disco Sour  is his first experiment with fiction and was inspired by a mission to Chile he had in 2013. Back then, he was Secretary General of the European Youth Forum, the platform for youth organisations advocating for youth rights. And on his way to Santiago, he missed three connecting flights across two continents within the span of 72 hours.

Giuseppe now works as the head of communications for Bruegel, an international think tank specialising in economic policy. During the rest of the time, he DJs, reads, dreams, writes. 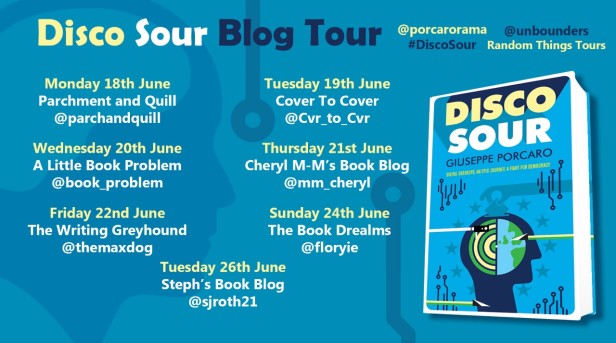