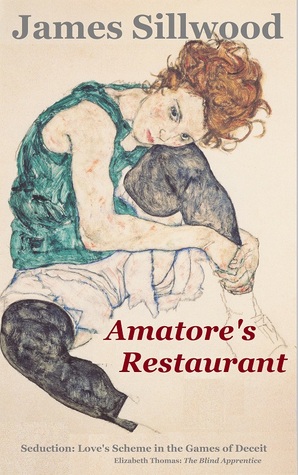 I received this book directly from James in return for a review. Before I contacted James I noticed that Amatore’s Restaurant had a number of high-score reviews and I was intrigued.

It is true- there are a lot of explicit scenes described in quite a detail for each of the characters and there are many characters! Each have their own story to tell.

I must say, as I came towards the end of the book I was expecting something explosive to happen because a lot of the characters were in one way or another somewhat involved. For example I wanted to see a conclusion to Freya’s story who had an imaginary “friend” Ophelia… I was wondering if Freya indeed was an absolute psycho who had killed people and if her lesbian partner Ana was in danger?

Another of the characters who peaked my interest was Pierre, a waiter at the restaurant. He just didn’t give a flying.

To be honest, to this moment, I am not entirely sure what it is I make of the whole book… I seem to be trying to find a deeper meaning to all this and all I can come up with is- yes, we are all petty humans driven by one act, and one act only…