As usual, I’ve been busy reading. Lately I have been finding myself indulging in stories with ancient gods and mythological creatures. Oh, the whole array of Odins and Thors and Devils and Valkyries mixed with other ancient Egyptian divine beings.

Here are a couple of books I’d like to introduce to you:

Down the Wormhole by Ana Franco 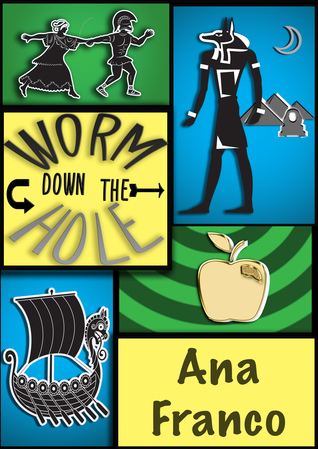 This is a book of magic, mischief, gods acting like humans, The Land Above All and feisty warrior-army.

There is evil schemes and twists and turns. There is Kitty who is actually Isis? There is Medusa who seems to be a partner to Aphrodite…Heck, there’s even Anubis who doesn’t seem to have his magic anymore and for a God of Death, he is a mellow guy! There is friendship, bickering, love, betrayal.

Overall, a really enjoyable story with no messing about. It’s bam!bam! from one event to the other and not a single moment of wondering if you should keep reading or not. Because you will keep reading this really cool, relatively short story of 100 or so pages.

I received this book from Ana Franco herself for a review and on exchanging only a few emails I can say she is a really pleasant person. Down the Wormhole is her debut novel and if a debut novel is anything to go by, then my, oh my, I’d like to know what novels she has in the pipeline.

Sympathy for the Devil by Christine Pope 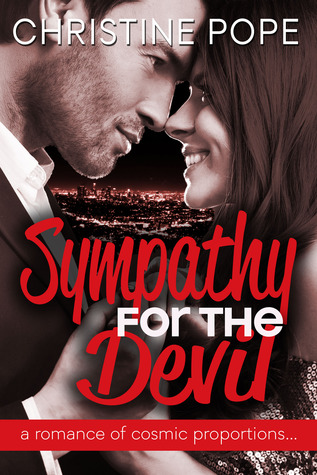 First of all, I know this is going to sound super childish but I was quite amused by the fact that one of the main characters in the book was the Devil and it is written by someone who’s surname is Pope. Fantastic! 🙂

Now, as you see from the book cover it is a romance novel but let me just keep your filthy minds at bay straight away- apart from one bedroom scene (which has a quite cunning twist, because the Devil was… I.. can’t say, it would be a spoiler) the story focused on emotional turmoils rather than the regular seedy horny-ness some romance novel portray.

Anyhow, this book is about the Devil who is dog tired of being in Hell and he strikes a deal with the God. The deal is for the Devil to learn to love and be loved back by a woman chosen by God and when that happens the Devil will be free to live his life as a mortal human.

What really made me excited about this book were these little snippets of really mature intelligence of the author that shone through. I mean, the fact she felt she needed to mention Tesla/Edison made me giddy with excitement. Who doesn’t love the Tesla story, right?

Christine also seems to have a quite a witty sense of humor  saying things like “One pity party per customer per week”- quite good isn’t it? It’s a “meaty” story in the sense of having more characters than your usual romance novel would have. We meet Christa’s (the main girl) friends, her family and we find out about her ex-boyfriends and their respective troubles.

Even though the story has some elements of religion, i.e speaking of souls, free will and sins it was a great easy read without the need to worry you were being converted through the magic of literature.