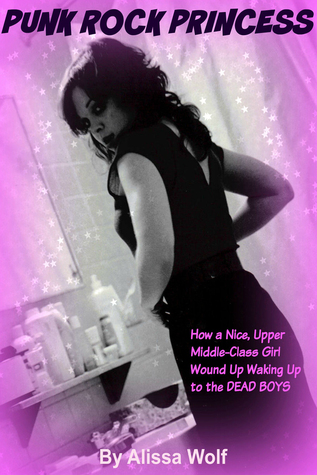 I’ll keep this one short…

It is strange to read an autobio from a scene such as entertainment, beginning with the punk genre and moving on to a wider entertainment topics, and not be fascinated by it.The author was (is?) an avid punk rock follower and perhaps because she is so respectable and educated and goody two shoes that she almost comes across prissy. Now, don’t get me wrong. There’s nothing bad about a decent human being but it’s awkward… There’s a lot of celeb names mentioned but nothing of substance…

Here’s an excerpt from the book, when she interviews Johnny Rotten (John Lydon) over the phone, that made me laugh.. I mean, come on…:

I made the mistake of defending Nancy; I informed him that my family knew hers, and that she had been a very sick girl. The next thing I knew, he (Johnny Rotten) embarked on a loud, vitriolic diatribe during which he called Nancy the “F” word, the “MF” word, the “C” word and a bunch of other insidious names I never even heard of.

I know, there are seriously sensitive readers out there who can’t stand the swearing, but jaysus, in the name of all sinfully holy, this is a one of a kind autobio mainly built around this certain genre that is no stranger to ludicrous behaviour, with swearing being normally a second nature and it’s all simply been stripped back and made into a rather “meh” story… Where’s the bang? Where’s the madness? Yeah, everyone smoked weed back then, but crikey- any insightful conversations at least? No? Nothing? Just names… It’s more a story about a girl who wanted to be a journalist and we get to read about her experiences with various newspapers, etc.

As I mentioned, the author is a journalist who has met a lot of celebrities, idols, etc and yet I read this book and it felt like I had ended up at a pyjama party with a handful of pink girls talking about guys and giggling. I didn’t hate the read but it didn’t really tickle my fancy either.

Having said that, I think it’s a nice safe read for aforementioned sensitive people to get a pretty decent look into the punk rock scene of the era and we get to follow the journey of a journalist finding their way.

My Rating: argh, this is a tough one… **stars, meaning it was OK…. I started skipping pages towards the end.