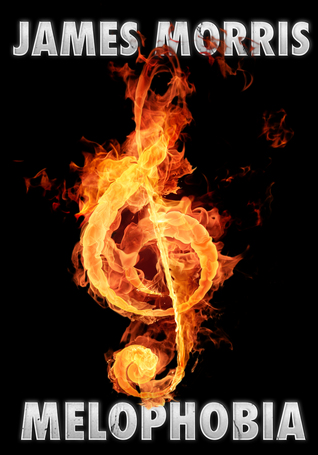 Say, how do you feel about elevator music? Or the “i’m-left-on-hold-on-the-phone-here-is-some-tunes-to-make-your-ears-bleed” kind of music? Assuming that majority of population always gets irritated by these “waiting-tunes”, can you picture a world where this was the only music available? The only kind of music allowed? Imagine, if all your life you were told that all the other genres of music were forbidden because they are the root of all evil and equal rebellion against the state?

The time—now; the place—America, but in a world where the government controls all forms of art and creativity. Any music sowing the seeds of anarchy is banned—destroyed if found—its creators and listeners harshly punished.

Merrin Pierce works as an undercover Patrol officer assigned to apprehend a fugitive musician who threatens the safe fabric of society, only to confront everything she thought to be true – her values, upbringing, job, and future.

Can love survive in a world without music?

Gosh, I love these kind of controversy-themed books. A different, yet unique version of 1984 by Orwell.

The story is set in Hollywood, LA and it’s a natural choice for a story such as this. After War on Moral Decay there was no more Beatles, no more The Rolling Stones, no more artistic, makes-your-feet-tap, makes-your-heart-sing, lifts-your-mood kind of music. None. But people always prevail, they always stand for their passions and nothing can stop them, not even a daft, disillusioned Government.

Obnoxious car stereos blaring bass were nonexistent. Women wore conservative clothes and if they wore skirts or dresses, they were past the knee. For men and boys, no baggy pants were allowed. Severe penalties acted as a potent deterrent.

I loved the writing style, so many beautiful words were used and so many times I just re-read a sentence because it made me happy. I could feel the power of emotions radiating from the pages whenever music was talked about.

The strobe lights made everything appear segmented, the dancers like ghosts, flicking in and out of existence every half-second. Facial expressions and body postures changed, the art of the grotesque – a hand in space one second, gone the next, a series of photographic snapshots. Blinking once, two women kissed. Blinking again, a man joined the two.

Picking up this book will transport you into a world where music is considered sonic warfare, where any physical copies of music will be burned in the incinerator.

The more raves she attended, though, the more she came to despise the noise and the whole lot of them, wasting their potential. They were the petri dish in which society’s bacteria grew, ideas formed into action, and action into revolution.

I don’t want to re-tell the story here in my own words. Read those quotes, let them tease you into a breaking point, where your mind tells you to pick up this book. You won’t just read about Merrin’s journey from a Government puppet to a woman thinking with her own mind. You’ll read about The Source, the Re-Edge, loves of the past and future.

Many thanks to James Morris for providing me a copy!

I rate this book 5 stars for the beautiful use of language which worked a treat for me, for the controversial topic which fits like a fist in my eye, for creating numerous scenes where I felt I was present, for mentioning punk and moshpits because hellyea!

5 thoughts on “Melophobia by James Morris”

This will be my first #pratchett
On this day. 2012. Ireland.
A spot of color.
White as Frost cover reveal blitz!