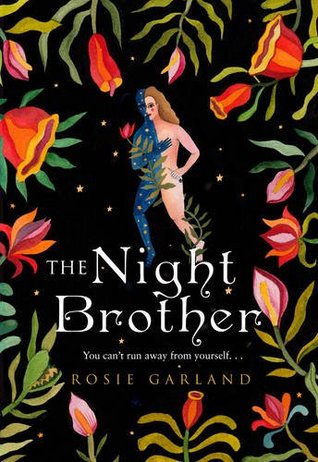 Rich are the delights of late nineteenth-century Manchester for young siblings Edie and Gnome. They bicker, banter, shout and scream their way through the city’s streets, embracing its charms and dangers. But as the pair mature, it is Gnome who revels in the night-time, while Edie is confined to the day. She wakes exhausted each morning, unable to quell a sickening sense of unease, and confused at living a half-life.

Reaching the cusp of adulthood, Edie’s confusion turns to resentment and she is determined to distance herself from Gnome once and for all. But can she ever be free from someone who knows her better than she knows herself?

Exploring the furthest limits of sexual and gender fluidity, this is a story about the vital importance of being honest with yourself. Every part of yourself. After all, no-one likes to be kept in the dark.

My thanks to Netgalley and The Borough Press for allowing me to read this book in exchange for a review.

Quite honestly, I loved the cover and the blurb read exactly intriguing enough for me to decide to take a stroll down a rather different sounding path. And different it was…

The Night Brother is quite difficult to put into words. The writing throughout screams quality. It screams quality because reading Garland’s book exhibits knowledge and experience. Experience in the sense that this is not author’s first book. It’s a solid, solid read and one that can easily be appreciated for what it is.

I’ve never read much in the way of LGBT and that’s not because I consciously steer clear from it. I just have never gone searching for it, however I am quite positive that, even in literature which covers every aspect of LGBT, one could be hard-pressed to find a book such as this. Entirely potent and influential, I shall do my level best to give you the lowdown without revealing too much!

My night brother is here. Halfway between yesterday and tomorrow morning, he shakes my shoulder.

Set in the late 19th, early 20th century Manchester, UK, Edie and Gnome are like most siblings. When they’re young they enjoy each other’s company, as they get older they start to bicker and fight, and as they mature into adulthood they find a way to peace. This full circle takes years, crosses the turn of a century and human condition at it’s best, worst, ugliest and prettiest.

The historical setting for this book works miracles. I can’t – nor do I want to-  imagine this book in a contemporary setting. I am happy that the (sometimes present) shallowness and distorted modern day values don’t taint this novel. It has it’s own conflicts from the past to put to good use. Past that is important and has set us on the path we are walking now.

Sexual and gender fluidity may well be the driving force of this novel no matter how much it crosses the line from real to made-up. Same sex relationships are of course a taboo in those archaic societal norms of blushing ladies, courteous gentlemen and lower class individuals working hard to get by. So are suffragettes and any notions of a person having an independent thought.

And thus, Edie’s life is a string of misery. She lives above the pub her Mother Cissy runs with her grandmother, and Cissy has exactly 0 love for Edie. Not only is Cissy working Edie to the ground, she is verbally abusive. Edie is confused about herself, about why she is being hated. She knows there are secrets in the family but these are not shared with her. Her self-image is whittled down to ashes….

‘What mother could love a face like that?’ She shakes her head, the staccato gesture of someone bothered by flies.

‘No one, that’s who. It betrays everything about you that is unwholesome. Unnatural. I should have thrown you out with the rest of the rubbish.’

The insults and hateful feelings spitting out of Edie’s mother are heartbreaking and disgusting, and we learn about this toxic relationship from pretty much the start of the novel. Normally, I would have a hard time feeling sorry for the character(s) until I have had time to connect with them fully. But there’s something about Edie that begs for protection, and even though it took her time to stand on her own two feet, we got there eventually. Edie is strong, lovable, considerate…

Gnome- much adored by Mother Cissy is everything Edie is not. He is mischievous, clever and cunning, ambitious and confident. He is also selfish, mean and spiteful. I could hardly find a cell in me to feel for him, even after everything was said and done. Even after I understood the whys…

Edie and Gnome, once inseparable, are now constantly fighting for their place in world. Freedom from each other… Separation. You probably have already put 2 and 2 together after reading the blurb, anyway…  Edie and Gnome are siblings but they’re not siblings. They’re one, yet two. The differences of these two characters portray a lot more than gender fluidity and issues it may have caused in the historical setting. Edie’s and Gnome’s characters are like the yin and yang of humanity. The battle in between their two contrasting characters were a front row seat of one person’s struggle with themselves; a fight with their inner demons where the characteristics lose boundaries. Who’s going to win? The night or the day? And if one of them wins- are they really whole? Can night survive without day and vice versa?

The Night Brother is unlike anything I have read. I loved the flow of writing, I loved the subject matter and the fact that it wasn’t in a contemporary setting. But I also felt like I was suffocating- at times it just got to be too much. I wanted it to end, to come to a conclusion no matter how tragic or happy. Too much hate, too much spite, too much revenge, too many mistakes and insults. The road was long and hard, full of hurt and hate. But there were also small victories, there was Guy and Miss Hargreaves. Guy who has had his share of beatings because of his preference for same sex yet refuses to shine less brightly. Miss Hargreaves- a wealthy member of community fighting for women’s rights. A suffragette.

He gives me a warm smile. At last it dawns on me what he is talking about and why we are so well suited in his eye. His attraction is for his own sex. I ought to be shocked. I should thrust out an accusing finger and call down the punishment of the Lord for his sinful habits. How can I? More to the point, why would I do that to someone who is, if not the same, then certainly and brother in strangeness?

The plot is brought together nicely and without fault even though a small niggling question remained: did the fact, that at times we moved from realistic to unrealistic, tamper with my enjoyment? No. I choose to see this tool of execution as symbolism. More than likely, this is why we never learn about how Edie, Gnome, their mother and grandmother ‘came to be‘. It’s not really a magical happenstance- it’s a symbolism of individual experiences and in this case how one family deals with it…or doesn’t deal with it, as it were…

The ending… I have had time to consider this. It was most certainly the best outcome in all accounts. I did find Gnome’s culmination- his action and realization- to be somewhat cliché, but I have to admit that while some things can’t be fixed by love, in this case- love and acceptance seemed to be exactly what was needed to end the spiritual war that was not ever going to yield any winners in the long term.

Would I recommend this book? Yes. And when you read it, my recommendation is to not read it at face value… Instead, see the overall picture, grasp the presence of history and witness the struggle in between two souls. There’s a thing or two in this story for all of us to learn.

29 thoughts on “The Night Brother by Rosie Garland”