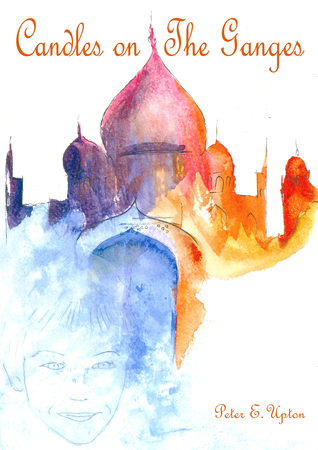 Following the tragic death of his young son and armed only with a basic belief in life after death the author set off on a six year search for his son. The journey was to take him deep into the spiritual world of mediumship and meditation and as he trained in these, other doors opened, with those higher spiritual beings we call angels intervening in his life and guiding him on his journey to understanding.
The author tells the story of this inner journey as he travels through the holy places of India seeking a rishi to take him to a higher level during meditation so that he can once again feel his son’s presence and know that he is happy. As he travels, the loving people he meets, with their innocence and joyful laughter, warm his heart while his little son sits, just out of sight saying, “I am here with you dad!” Ultimately he finds what he is searching for in a most unexpected place and from a completely unexpected source.
As you follow the author on his journey he gives clear, logical explanations for much of what we would call the occult or the mystic; from ghosts and poltergeists to levitation and psychometry and as he delves into the blurred boundary where science and religion come together he even explains his theory on eternal life.
Candles on The Ganges is about the illusion that we call life and the reality that lies beyond it. It is a book of spiritual growth and understanding wrapped up in an enthralling journey through India.

Do you believe in life after death? Do you ever think about the possibility of your loved ones who have passed still being around you in a kind of ethereal form?

When I really stop and think about it, it always amazes me how many belief systems we have on this planet we call home and how the paradigm of each of those religious ‘groupings’ seem to have so many differences yet at the same time overlap in similarity?

Candles on The Ganges certainly is an an interesting book to discover. Essentially, this is a book of one man’s journey from his young son’s death to exploring his spiritual capabilities which takes his from a taxi driver job to India (in 1995) and back. This book, I would be described as: This is life! Just like life has many explored and hidden depths, so does this book. It addresses everything from sadness to joy, from human-to-human contact to divine experiences. And the best part of it all is- there are so many simple thought-snippets in this book that resonate!

We are all more powerful than we believe but are limited by our own lack of self-belief.

Whether you believe in mediums, Tarot reading, psychometry, in (any) god or not… it doesn’t matter. Read the book as a nonfiction memoir or read it as fiction- you will still come out on the other end full of thoughts on what you could do to live a better life and possibly even with more enlightened.

The smallest issue in life can become immense problems when you don’t know the rules.

The book is written based on Peter’s notes that are messages from Michael, his son, through a medium; diary entries from his visit to India; and recollections of any kind of events he found himself in as a taxi driver in London that had any kind of effect during his medium apprenticeship days (if I may say so) and are relevant to the spiritual message of his book and act as proof for backup.

There is always the case of sceptics to address… and whether you can comprehend what Peter’s book is about or not based on whether you believe or not, it’s mind blowing to even consider that it may just be possible. Or is it the fact that you have to believe to experience? One thing is for sure, everything Peter wrote about, the only question in my head repeating like a mantra, was: Really? That’s… wow! And even if you don’t believe because you haven’t experienced, it’s worth to think: is it because we’re so tuned into the modern way of life, which that part of us, our spirit, behind a barrier and disables us from connecting to that which makes up all of the life force?

God force or not… (and as I more decline towards LaVey’s writings, I believe I am my own god, here and now) I still believe that being connected to the nature is what can truly make us happy and that we are all energy. I know sweet nothing about science but what I do know is that energy doesn’t just become or disappear, it transfers (or whatever the correct wording for that particular law is) and I do believe that whatever it is that makes you and me and everyone a real live person, will not die when our physical bodies give up.  Believing that, how can I then not believe that as we’re all energy, we’re also connected? To everything!

I now understand that each of us comes into this life with natural boundaries that prevent us from hearing sounds beyond certain octaves or from seeing colours beyond certain wavelengths so that we can only see and hear the things that will help us operate efficiently in this material world.

If you’re someone looking to explore spirituality through someone else’s experience, Candles on The Ganges would be the book I can easily suggest you start from. Peter writes about his experiences with above mentioned: psychometry, becoming a medium, healing, meditation, Tarot, astrology… anything to do with psychic abilities; and of course you’re given the permission to doubt, that’s up to you. More importantly, the overall message of this book, what spurred Peter on this spiritual journey was the loss of his son… and the journey through his mourning and wanting to know what actually IS after death, will take you to India! In 1995! I could easily picture myself in the hustle and bustle and peace of the place, and in a way it gives a great cultural overview of India as well…

I wasn’t at all put out by their deception, as there had been something so light hearted and cheeky about it, reminding me again of Michael.

Candles on The Ganges on Goodreads | Amazon UK | USA

26 thoughts on “Candles on The Ganges by Peter E. Upton”

A scratch in the sky...
Wrapped in blankets, time to finally - FINALLY - get back to reading #TheWinnowingFlame #fantasy trilogy with #TheBitterTwins (book 2) A quote of mine for the first book made it into the opening pages... Well, the trilogy is completed since- time to get cracking!👌
Fresh, snowy morning ❄️😍
#bookpost 😍😍😍 "Deep in the woods a secret lurks" Thanks to @titanbooks for the bookish treat! #thedevouringgray